Resident of the Republic of Cyprus under the 60 days rule

As per the Cyprus Income Tax Law, a tax resident of the Republic of Cyprus can be considered an individual who is residing in the Republic for one or more periods exceeding an aggregate of 183 days within a tax year and an individual who meets the conditions under the “60 days rule” (for every tax year), which are listed below.

According to the Circular, when a person claims tax residency in Cyprus based on the “60 days rule” for a specific tax year, and at the same time, for a part of this year, is also considered a tax resident in the United Kingdom (UK), the condition in point (iii) above is not violated.

The above also applies in cases where an individual is considered, for a part of the tax year, as a tax resident in another state whose tax year does not coincide with the Cyprus tax year, provided the prior approval of the Cyprus Tax Commissioner has been obtained.

The Circular also clarifies that where a person holds office in a company tax resident in Cyprus, the condition stated above in point (iv) is only satisfied if this person, personally and in his/her name, holds office in this company in accordance with the Register of Companies which is kept by the Department of the Registrar of Companies and Intellectual Property, until the 31st of December of every tax year.

Special Defence Contribution for tax residents under the “60 days rule”

Individuals, who are tax residents in Cyprus under the “60 days rule” and also have their domicile in Cyprus, are obliged to pay Special Defence Contribution under the Special Contribution for the Defence of the Republic Law.

For the issuance of a Cyprus Tax Residency Certificate for individuals eligible under the “60 days rule”, a special statement ‘Form Τ.Φ. 126 (2022)’ accompanied with the relevant supporting documentation, should be submitted to the TAX Department.

According to the Circular, all supporting documentation submitted to the TAX Department should be duly stamped under the Cyprus Stamp Duty Law and must be submitted in the Greek or the English language. Documents issued in a language other than Greek or English should bear an official translation into one of the abovementioned languages.

The Circular also noting that the issuance of a TRC can be performed before the completion of the 60 days of residence, provided that at least one of the below is submitted to the TAX Department: 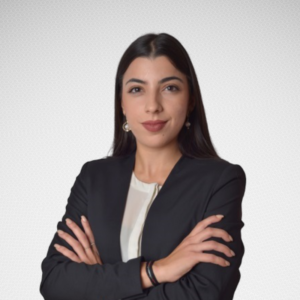 Next PostWho’s Who Legal Recognition for Nicholas Ktenas

We are using cookies to give you the best experience. You can find out more about which cookies we are using or switch them off in privacy settings.
AcceptPrivacy Settings